Cancer Up the Wazoo (not yet released!) is comprised of the efforts of 25 people (and that doesn’t include all those who were paid and unpaid who have reviewed, alpha read, beta read, proofed, offered design suggestions, etc.). 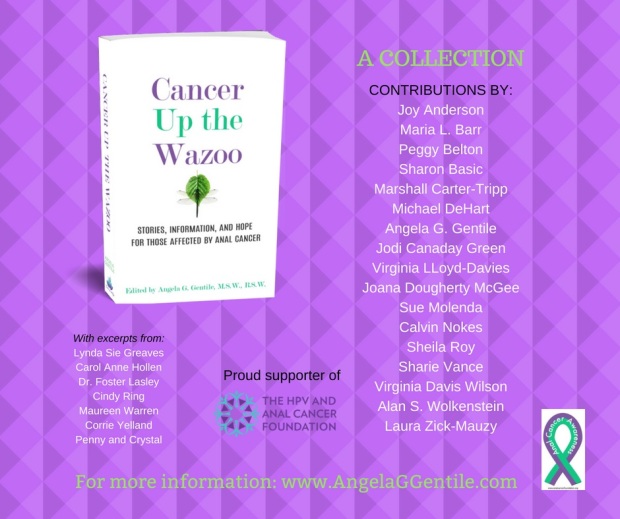 Please share with your social networks and help me get these fine folks the recognition they deserve!

Angela G. Gentile, B.S.W., M.S.W., is a registered social worker and is employed as a Geriatric Mental Health Clinician in Winnipeg, Manitoba. She is married to Agapito and has two adult children, Lorenzo and Simone. Angela enjoys writing, reading, and travelling and considers herself a realistic optimist. For more info: www.AngelaGGentile.com

One thought on “It Takes a Village to Write a Book!”